The rankings below are based on a mixture of expected output and DraftKings’ NASCAR salaries for Saturday. The order is not based on the highest projected fantasy totals, but rather by the value of each driver.

1. Martin Truex Jr ($10,200) — It’s easy to make the case for Truex. His Richmond stats are phenomenal and his high horsepower, low downforce stats are the same. Let’s reverse it and prosecute Truex. He lost last week because of a mistake on pit road and he lost the first Richmond race for the same reason.

2. Denny Hamlin ($10,400) — It’s debatable whether Hamlin was the fastest driver in the first Richmond race, but on pit road it was not debatable. Hamlin is one of the most complete drivers in NASCAR. He is fast on the track and on pit road. If he is lacking anywhere, it’s on restarts — common for older drivers — and that’s why he lost the first race at Richmond.

3. Kyle Larson ($11,000) — His team missed the setup at Richmond. The same thing happened in the second Atlanta race. The constant is Larson’s skill and Hendrick engines — they’re both elite. Larson has won at Richmond before and Hendrick won the last Richmond race.

4. Brad Keselowski ($9,300) — If it’s not broken, then don’t fix it. Keselowski won the 2020 Richmond race, but in the 2021 spring race, crew chief Jeremy Bullins made some setup changes to help with his long run speed. When the field decided to split the stages into two stops, Keselowski stuck with the long run one-stop strategy and went a lap down in stage 2.

5. Aric Almirola ($7,500) — The New Hampshire race is a questionable data point because of the wreck in the rain that damaged the JGR cars. There is an asterisk attached to the results, but Almirola was very fast in that race and he deserved the win.

Refer a friend and get $20 DK Dollars! Head to the DraftKings Playbook Promo page for more details!

6. Joey Logano ($10,700) — The last high horsepower, low downforce race was at New Hampshire. During a red flag caution, one of Logano’s crew members attempted to covertly remove debris from under the hood and Logano earned a two-lap penalty. This should have ended his race, but he battled back to finish fourth.

7. Kevin Harvick ($9,100) — The SHR cars have struggled this season, but they’ve started to make gains in the high horsepower, low downforce package. Harvick had a top-5 car at New Hampshire and he was running around fifth place before blowing a tire late in the first Richmond race.

8. Chase Elliott ($11,200) — The place differential is there for the taking, but his price is too high. Hendrick has been great this season, but even if Hendrick unloads fast again, why would Elliott be the fastest on the team?

9. Alex Bowman ($8,900) — Twice this season, Bowman has stolen a win. At Richmond and Dover, Bowman took a top-5 car to victory lane by making the right moves late in the race. He should have a top-5 car again, but can he make the right moves again?

10. Kyle Busch ($11,500) — His teammates have been locked in at Richmond, but Busch has not been happy with his car. He was good, but not great in the Xfinity and Cup Series Richmond races last season. A penalty hurt his chances in the spring, but even without the penalty, he didn’t have a race winning car.

11. Ryan Blaney ($8,600) — Richmond has not been a good track for Blaney. In the spring race, his team copied Brad Keselowski’s winning setup from 2020, and the results were only marginally better — 11th place finish.

12. William Byron ($9,900) — Richmond is not one of Byron’s favorite tracks. After the last Richmond race, he remarked how challenging this track was for him, but he was glad to have earned a top 10. His new crew chief is likely the impetus for his improvement, but how much better can he get?

13. Tyler Reddick ($7,900) — In a hot slick day race at Richmond, it’s possible to imagine Reddick moving around the track and finding speed. Unfortunately, that didn’t happen in the spring race and this weekend will be a night race with plenty of grip.

14. Kurt Busch ($7,700) — The last time Kurt Busch earned a top 10 at Richmond was in 2017. Chip Ganassi has built fast high horsepower cars with the help of Hendrick, but Busch has not been able to produce in this package.

15. Ryan Newman ($6,000) — He’s cheap and there is place differential upside. Newman’s spring race was ruined when he wrecked into Austin Cindric, but he struggled in the 2020 race. It’s hard to determine if Newman can be a top-15 driver at Richmond.

16. Ricky Stenhouse Jr ($6,700) — Very rarely does Stenhouse consistently perform at a track, but Richmond appears to be one of the few exceptions. He has finished 17th, 18th, 16th, 16th and 13th in his last five races at this short, flat track.

17. Ross Chastain ($7,200) — Something has clicked for Ross Chastain. Chip Ganassi is providing fast cars, and Chastain is aggressively getting them to the front and staying there. In the past, Chastain’s aggression often ended with damaged race cars, but now, it seems that he has found a successful balance.

18. Erik Jones ($6,600) — As expected, this season has been disappointing for Erik Jones at Richard Petty Motorsports. Next season likely won’t be much better because the equipment isn’t competitive. Jones has the talent, but he needs a better car or luck; Richmond can be a race dictated by luck and strategy.

19. Matt DiBenedetto ($8,100) — Time is running out. DiBenedetto won’t be in the Cup Series next season and he might not even get an Xfinity ride. There will be differing pit strategies at Richmond, and that means there’s a chance DiBenedetto could gamble and win big.

Put your knowledge to the test. Sign up for DraftKings and experience the game inside the game.

I am a promoter at DraftKings and am also an avid fan and user (my username is greenflagradio2) and may sometimes play on my personal account in the games that I offer advice on. Although I have expressed my personal view on the games and strategies above, they do not necessarily reflect the view(s) of DraftKings and I may also deploy different players and strategies than what I recommend above.

Thu Sep 16 , 2021
Table of Contents1 Q&A with Anser Abdul Latheef, co-founder and chief technique officer at MySyara2 Who is your position model?3 What was the most significant lesson you have learnt in launching this enterprise?4 If you experienced a prospect to do it all in excess of once more, what would you […] 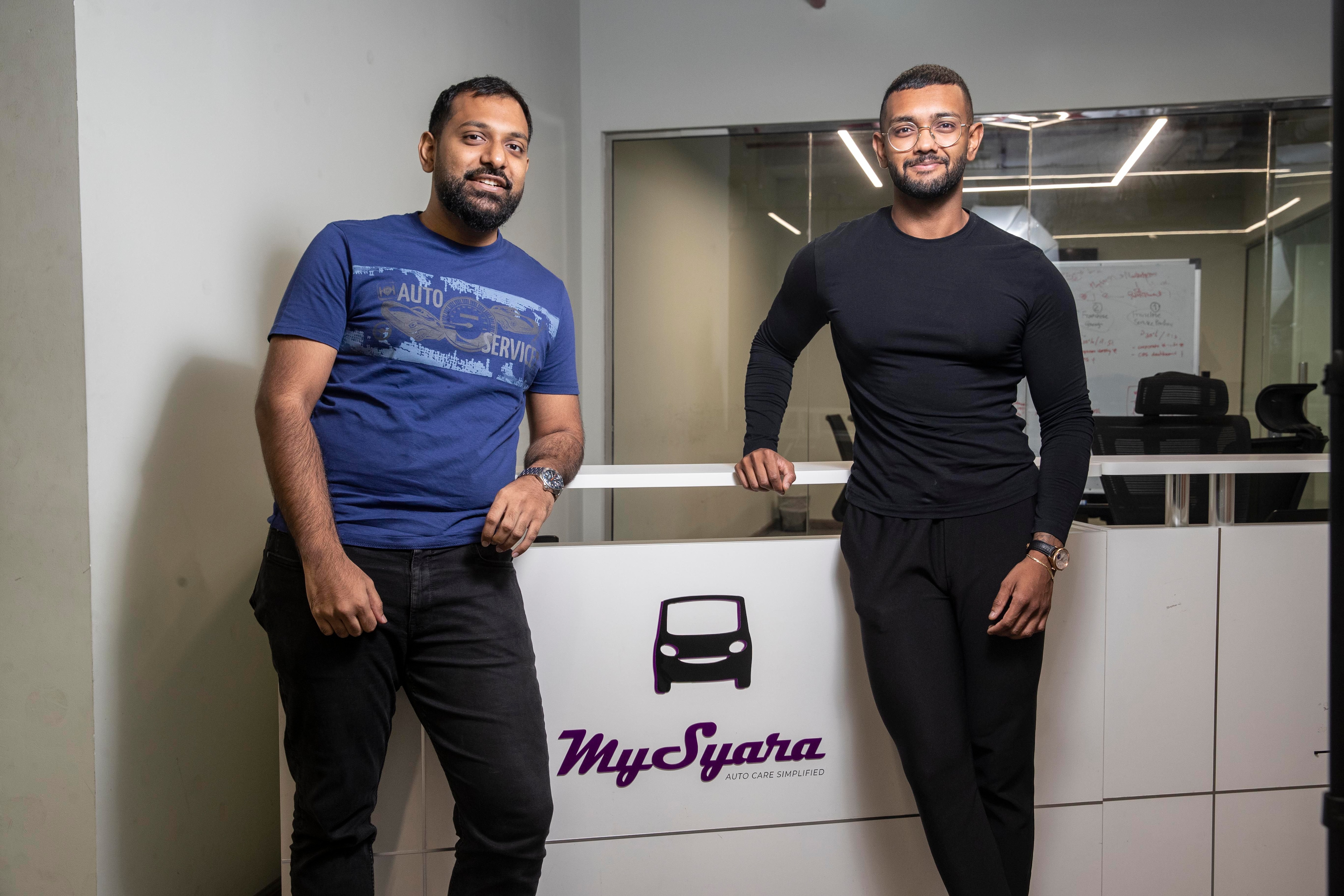